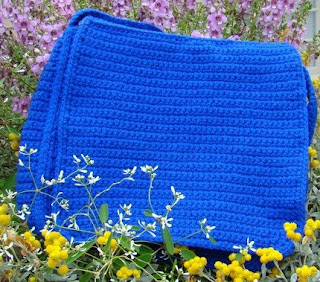 Virginia (Ginny) Wilmoth is originally from Louisville, Kentucky, and currently resides in Cecilia, Kentucky. Ginny has been sewing, kniting, crocheting since she was 7 years old, making clothes for her dolls at first, and then clothing for her siblings, the first being dresses for her twin sisters when she was only 12 years old. At about that time she also began her first quilt. Her first finished quilt was in 1964, and she has continued to make them since!
In 2002, Ginny was helping her son Norm on their farm, and riding on the back of the 4-wheeler with her dog Mickey, a blue heeler, when Mickey accidentaly bumped Ginny off the 4-wheeler and she was injured severly. She was in a coma for 3 weeks with severe head trauma, and they didn't know if she would live. Thankfully, Ginny pulled through, however she had to relearn everything. She still has minor problems with some things like finding the right words to describe what she is talking about or numbers. Some things are a little harder for her, like using the computer, but she has never given up during all this! She had rehabilitated herself while taking care of her husband who could not walk much or do for himself until his passing in 2007. It is remarkable what she has accomplished! 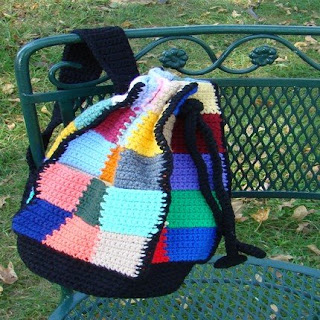 She continues to sew, knit and crochet. She has entered her crafts in the Kentucky state fair, local craft fairs, and bazzars and has won numerous top placing ribbons! She began creating her own patterns in 1975, and has continued to do her craft and make patterns her entire life. Ginny loves what she does, and often makes gifts for family and friends. She has arthritis, but doesn't let that stop her either. She even continues to help her son and daughter in law out on their thousand acre farm of crops and cattle combined whenever she can.
You can see all of Ginny's handicrafts in her Etsy shop, Ginny Macks Crafts.
Posted by Corinne Sullivan at 12:51 PM

What a story. So many obstacles before her, and still she creates beautiful things that we all enjoy! Way to go Ginny!

Way to go, Ginger! Your work has always been some of my favorite (I had a small patchwork bag like the one in the picture for years)! I'm so proud of you for branching out into Etsy to sell your goodies! Hugs and love from Angie