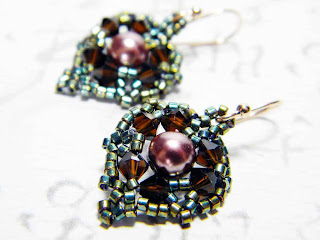 Our featured artists for October are Kelly and Joey Graves, the husband and wife team behind WhimsyBeading.

Tell us a little bit about yourselves.
We are a pair of devoted geeks, doggie parents and cat servants who work day jobs, attend college (Joey) and spend a great deal of our time creating beadweaving jewelry and other jewelry items that contain beads of all shapes, sizes and sorts.
We’ve been married for 17 years, all our kids have four feet and fur and we enjoy pina coladas (well, okay) and getting caught in the rain. 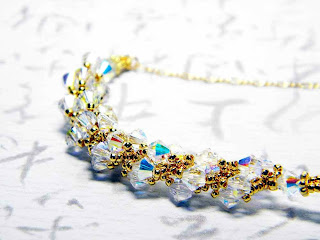 How did you first hear about Etsy?
Honestly, I can’t remember when Etsy first appeared on our collective radar. We’ve both been active in various crafting communities for many years, both online and in person, and it seems like we’ve always known about Etsy, we just didn’t take the plunge ourselves until 2009.
How did you get started in your favorite craft?
With so many crafts, it’s hard to pinpoint just one as a favorite! We’ve both been needleworkers for a long time. My sister taught me to embroider and counted cross stitch when I was still in school, and Joey learned crochet from his former sister-in-law. Between the two of us, we’ve either learned or been taught most any needlework craft you care to name including the not-at-all common practice of shuttle tatting, which Joey taught himself from a book.
We got started in beadweaving and jewelry making after a job loss. Joey was working in the auto industry until 2009, when the recession led to cuts at his employer. He started making beaded stitch markers to pass the time at home while job searching, then it moved into making jewelry for me and from there, things just started to snowball, as they so often do! We started out just stringing beads, but our love of needlecrafts won in the end, when Joey taught himself peyote stitch beadweaving, then he taught me. We both really love beadweaving patterns and adapting different techniques for our pieces. 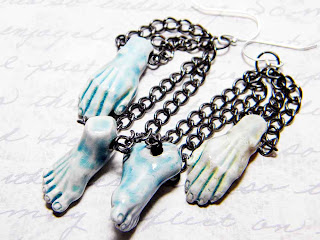 Where do you find inspiration?
Everywhere! I actually have a  http://pinterest.com/whimsybeading/beading-  set up to store my beading inspirations, so I can find them easily later on. I love Steampunk, Victorian, Edwardian and Art Nouveau and Art Deco styles, and although our work doesn’t always reflect these styles, it’s a big driving force in my color compositions and what appeals to me. Joey is much more free spirited. He can come up with some of the most amazing ideas, and nine times out of ten, make them work. 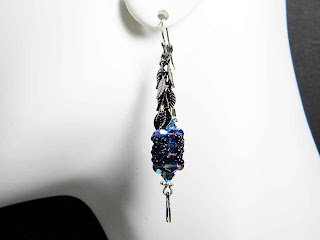 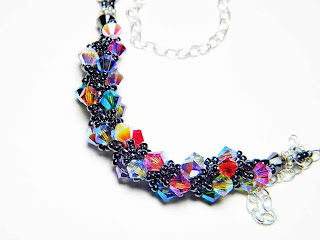 Do you have any advice for new members?
First and foremost, get rid of the “If you post it on Etsy, they will come” mindset. Very few shops make a sale in their first month, or even their first quarter. Expect that, and don’t let it get  you down when the sales won’t come. Every shop, even the high selling “big name” Etsy shops go through this. It doesn’t mean that people don’t want what you’re selling, it could be that they just don’t know you’re selling it yet, and you can work in your shop down time to remedy that.
Always do your homework. Learn about the market for your crafts. Who does it appeal to? What are they looking for? What need is currently going unfilled in the market? How many other shops offering similar items are there on Etsy, and what can you do to set yourself apart? Take some time to mull it over.
Look at other shops similar to yours. You don’t want to play the “they have more sales than I do” comparison game, but look at your competition. You need to know the market you’re competing against, and often times, your competitors can be your biggest boosters and help your shop to succeed. Join a team devoted to your craft and make friends there, get to know other crafters at in-person shows, on Facebook, on Twitter. Your competition doesn’t need to be your enemy, and you shouldn’t look on them as such. They can be the extra push you need to get your work seen.
Value yourself, and value your work. Price accordingly. Don’t write off what you do as “just a hobby” and give into the temptation to underprice yourself, even if a hundred other shops do. You want to build a customer base that appreciates what you make and appreciates your work as an artisan, not just those who are looking for the cheapest deal.
Try to strike a balance between what you want to sell and what sells well. For a long time, I flatly refused to feature any kind of wire wrapped items in our shop because so many other jewelry makers offered similar styles and because we were beadweavers. It made no sense, because my personal preferences in jewelry are often for simple, wire wrapped pendants on a simple chain. So, I created a simple pendant of an iridescent blue oval crystal on a star headpin and sent it to a friend, while making another one for myself. On a whim, I listed it on Etsy and sold four of them in just a few hours, which led to the creation of our “Little Whims" line of jewelry items offered for $20. 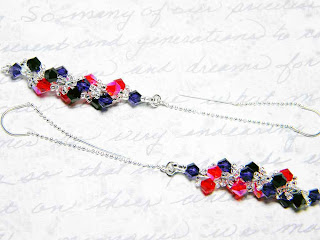 Be present online. Not just in your shop or in convos, but on Blogger, Facebook, Twitter, Pinterest, wherever you are comfortable. Set up a Facebook fan page for your shop. Use Twitter to interact with others in the Etsy community. Talk to them on Twitter and Facebook, don’t talk <b>at</b> them. Constantly tweeting or posting nothing but links to your shop or links to other shops will mean that most people will unfollow you in a hurry. Talk to people, tell corny jokes, talk about your day or what you’re working on. Don’t spam, and don’t be pushy. If Twitter is confusing, look into a Twitter aggregator program like HootSuite, TweetDeck, Echofon or Chromed Bird. It can make your Twitter experiences much more pleasant and easy to follow. A dedicated following on Facebook or Twitter can really add to your success. I freely and fully credit a great deal of our shop’s success to the friendships I have cultivated with bloggers in the beauty blog circles. Each relationship started out as a friendship first, and their support and willingness to promote our work has been invaluable. 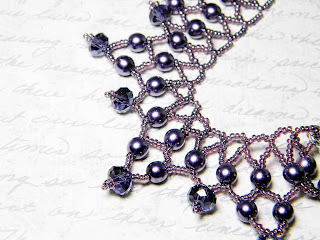 Finally, a word or two (or more!) on local handcraft shows. Always, always, ALWAYS walk a show you’re thinking about selling at first. Yes, you’ll lose on that year’s show, but it could save you a lot of money, time and frustration in the long run. Is the show limited to just handmade goods, or will they allow anyone to purchase booth space? How is the show organized? How long has it been going on? What’s the turnout like? What is the show’s reputation? You may not be able to look up these things online. An afternoon of your time walking the show and a year’s time to consider it are small prices to pay.
Posted by Jackie at 6:51 PM